25th ASEAN Summit was successfully held from 12th of November to 13th of November 2014 at Myanmar International Convention Center in Nay Pyi Taw. It was officially opened on 12th of November at 9am in the morning. It was attended by leaders, senior officers and ministers from ASEAN countries. The dialogue partners of ASEAN who are the United States, Australia and leaders of China, Japan, the Republic of Korea, and also the Secretary General of the United Nations made their appearances in ASEAN related summits and bi- lateral meetings.

The heads of ASEAN nations made discussion on ASEAN Community, territorial issues in the South China Sea, threats by Islamic State militants in Iraq and Syria, the global threat of Ebola virus and a number of other issues.

ASEAN related summits included 6th Me- kong-Japan summit of the meeting between heads from Mekong region countries and Japan’s Prime Minister Mr. Shinzo Abe, 17th ASEAN Plus Three Summit by leaders of ASE- AN nations and heads from Japan, China and the Republic of Korea, ASEAN – Australia 40th Anniversary Commemorative summit of meeting between ASEAN and its first Dia- logue Partner since 1974 attended by Prime Minister Mr. Tony Abbott and its party and 6th ASEAN – UN Summit.

attended the 11th ASEAN Business and Investment Summit for discussions on Small and Medium Enterprises, the potentials of consumers, development gaps, financial involvement opportunities and policy changes in the region. A number of bilateral meetings were also shared between attendee nations.

Leaders, senior officers and ministers from ASEAN nations, the President Barack Obama of the United States of America, ministers and Secretary-General of ASEAN Secretariat were present at this 2nd ASEAN – US Summit and engaged in a number of issues including strengthening cooperation in maritime security, transnational crimes and climate change. The heads also highlighted on peace, security and stability in the South China Sea region as well as focused on Expanded Economic Engagement, expanding trade and investment and creating new business opportunities in South East Asia Region. The US has been the Dia- logue Partner of ASEAN since 1977.

Prime Minister Li Ke Qiang of the People Republic of China made discussions with ASEAN nations’ leaders highlighting on ASEAN–China strategic relations and peaceful solving of the South China Sea issues. A number of other issues were also engaged focusing on cooper- ation in Politics, Economic and Social field as well as the Free Trade Area.

During this 12th ASEAN – India Summit, the Prime Minister Narendra Modi and ASEAN leaders focused on economic issues, discussions included potential to reach US$ 100 billion of trade between ASEAN and India by 2015. The project to link Cambodia, Laos and Viet-

nam to India-Myanmar-Thailand Highway as well as the cooperation for food security in the region were included in the discussion.

Myanmar’s President U Thein Sein engaged in a number of bilateral talks including one with Japan’s Prime Minister Shinzo Abe in which two leaders discussed issues in health and education, construction sector, electricity supply as well as Thilawa and Dawei Industrial Zones. During this meeting, Japan offers Myanmar 25.8 billion Yen loan for development and settlement of conflicts in the country and as well for infrastructure and power facilities for Thilawa Special Economic Zone. Indonesian President Mr. Joko Widodo also agreed with Myanmar for collaboration in both regional and international issues and increase trade volume between two countries to US$ one billion by 2016.

The 25th ASEAN Summit successfully ended with the handover ceremony of current Chair- manship holder Myanmar to Malaysian Prime Minister Najib Razak. The chairmanship of ASEAN rotates annually among the regional nations. The Association of Southeast Asia Na- tions (ASEAN) was established on 8th August of 1967 as a result of Bangkok Declaration. Myanmar entered ASEAN membership in 1997 and this was the first time for the country to hold ASEAN Chairmanship.

Domestic Gold Prices Likely to Fall to around 1 Million Kyats 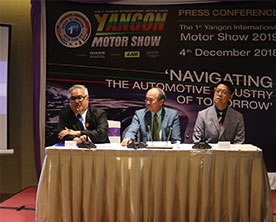 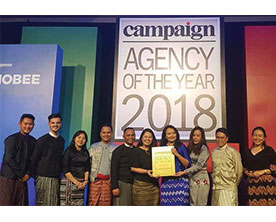 The Future of E-Commerce in Myanmar II

Being a Sustainable Tourist