Home Insider Navigating the Maze of Importing Goods into Myanmar

Importing goods is vital for nearly all of those seeking to profit in the recently opened Myanmar economy. Understanding the proper procedure to follow is essential as the unwary may face fines, seizure of the goods and even imprisonment. The correct procedure will vary based on the business activities of the foreign investor, whether the investor has established a local entity and if a local entity was in deed established, whether that entity has obtained an investment permit from the Myanmar Investment Commission (“MIC”) under the 2012 Foreign Investment Law (“FIL”).

Import Procedures for a Company without an Investment Permit

If the goods to be imported are to be used by the importing entity, for example a construction company desirous of importing heavy machinery to complete construction works, then the procedure is fairly straight forward. First the entity must obtain an exporter-importer card from the Ministry of Commerce. Once the exporter-importer card is obtained the importing party must apply for individual import permits for every shipment of goods to be imported. Care should be taken so that the goods as described in the permit are the exact goods that arrive at customs in Myanmar or the goods will not be allowed into the country.

If the goods to be imported are to later be sold within Myanmar, the procedure becomes more complicated as foreigner parties at present are not permitted to engage in trading (selling) activities. This then requires a foreign party to engage a Myanmar citizen or 100% Myanmar invested entity to act as a middleman to facilitate the desired sales. The intermediary will either be classed as an agent or a distributor based on the contractual relationship between the parties. An agent will act on behalf of the foreign party taking the goods on consignment and selling the goods within Myanmar on the foreign party’s behalf. Alternatively, the intermediary could be a distributor. Whereas an agent takes the goods on consignment, a distributor purchases the goods directly from the foreign party and sells the goods for the sole benefit of the distributor. In either case, the intermediary will be the one with an exporter-importer card and will be required to apply for import permits as needed.

Import Procedures for a Company with an Investment Permit

As part of the application for an investment permit, a foreign investor must detail those goods which are to be imported for a given investment project, and any changes thereto are required to be reported and approved by the MIC. As the MIC must approve all goods to be imported, the applications for an exporter-importer card and import permits are mere formalities. These will in practice always be granted.

The Cost of Import There are generally four separate costs which will be incurred on the import of almost all goods. These include customs duty, import duty, commercial tax and, of recent vintage a 2% advance payment of income tax.

Customs duty is payable at the applicable rate as stipulated in the Myanmar tariff schedule of 2012, which utilizes the Harmonized System Convention rates used by many countries throughout the world. The rates range from 0% to 40%. It should be noted that as a member of the Association of South East Asian Nations (“ASEAN”) Myanmar is obliged to comply with the reduced tariff schedule stipulated in the ASEAN Trade in Goods Agreement of 2009 for goods imported from other ASEAN members.

Import duty is levied at the rate of 0.5% of the assessable value, which is equal to the sum of the cost of the goods, insurance over the goods, freight charges and any landing charges imposed.

There is no value added tax in Myanmar at present but, there is a commercial tax which is levied on the importation of most goods at the rate of 5%. There are however 18 specially designated goods on which the commercial tax rate on imports will range from 8% to 100%, though these are typically luxury items such as automobiles and “sin” items such as cigarettes and alcohol.

The final cost which may be incurred on importation of goods is the newly minted 2% advance payment of income tax levied on the “customs assed value” of the goods. If the amount of advance tax collected is greater than the overall tax liability for the company in a given year then a refund will be granted by the Internal Revenue Department of Myanmar.

If the importing company has been granted an investment permit from the MIC then all of the above costs may be eliminated or reduced. The elimination or reduction of these costs is not automatic and will be granted in the discretion of the MIC during the application phase.

For many years all goods to be imported into Myanmar required an import license however, in an effort to liberalize trade the Ministry of Commerce last year eliminated the need to obtain an import license for 166 different goods. These goods for which an import license is no longer required include various types of construction materials, foodstuffs, toiletries and more.

In addition to making it easier to import goods legally the Government has begun to crack down on illegal imports. Thus far the targeted goods have only included alcohol and petroleum products, but Government sources have indicated this will be expanded going forward.

While further changes are needed to Myanmar’s import policy, the Government’s action of late is a clear sign that change is coming. How that change will look like is anyone’s guess, but based on recent events it can be surmised that all further changes will be made with an eye toward further liberalizing trade. 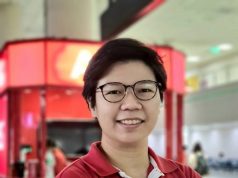 COVID has Dried up Demand for Short Term Rentals

More Than A Taxi Service: How Grab Become Undefeated in Myanmar

The Ugly Reality of Alcohol

Digital Nomads – Employees of the Future